Hello Dennis, Thank you for your responce to my quesstion yesterday regarding the height of tower I want on my new home. Your reply gives me hope and courage to stannd up against the HOA... Read More
Hello Dennis, I want to build my final home in the Village of Oak Creek in a subdivision known as La Barrance I. I own the land. I have plans all made up and will... Read More
Hi Dennis Do you know of any case where an HOA has been successful in getting a judgement against a homeowner for a CC&R violation regarding a lease? Short term VRBO versus CC&R’s 12 month... Read More
We live in condominium complex in Phoenix. Our CC&R’s states a lease has to be for a period of at least 12 months. Now we are faced with homeowners using VRBO and a minimum of... Read More
Is it lawful to hold HOA Board Member elections online on the HOA’s website? And would this preclude the mailing out of ballots for voting?
I am new to this forum and question HOA board and possibly keeping the accountable. My HOA Board is currently do a poor job of maintaining common grounds outside of the lawn. They do mow... Read More
Is it a requirement that HOA publish minutes from the meetings? My HOA does not publish minutes and I believe that it should be a requirement/obligation of a well run HOA to do so. Any... Read More
The President and Vice President tell me our HOA is exempt from the Arizona Open Meeting Laws while other in the HOA believe we are. If the HOA is in fact exempt, can you explain... Read More
I have read 33-1804 several times and I find it ambiguous. In one sentence it says “Persons attending may audiotape or videotape those portions of the meetings of the board of directors and meetings of... Read More
I am looking in to filing a complaint with ADRE. I was asked to leave a Board meeting. No agenda was specified. I had in my hand the Open Meeting statute. I was told I... Read More
1 2 3 … 8 Next ›
« Previous 1 … 12 13 14 15 16 17 Next » 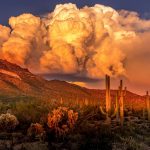 Access to HOA records
13 Comments
AZHOC Inbox: Fed Up With Property Manager
12 Comments
Does an alternative to HOAs exist?
9 Comments